Certainty. We all deserve it, don’t we? Especially as we get older, the expectation we can rely on the same things to keep working and providing for us over decades of retirement.

We may think we deserve certainty, but life’s not like that. As Labor’s recently announced changes (and quick revisions) to franking credits showed, the rug can come out from under best-laid plans very quickly.

It’s not just legislative fiddling that can play havoc with a stress-free retirement, especially in the DIY retirement space, where investors continually herd themselves into a select group of companies as they seek, and believe they’ve found stability and certainty.

The assumption is these companies will continue to pump out a reliable dividend stream and there’s not a second thought about a sudden cut to that dividend. But Telstra did just that in August last year. A 30% dividend cut was accompanied by a 10% share price drop on the announcement and down 27% since that fateful day. So much for certainty and stability.

These things leave pensioners and retirees shaking their fists, but the expectation of certainty and inevitable reliance on something that appears certain is nothing more than a guarantee of increased risk and eventual uncertainty.

In respect to Telstra, hindsight says it was always illogical to believe in the face of ongoing technological change this old favorite could continue to pay out great dividends in perpetuity. Yet some investors were so accustomed to it, they’d become certain of it. The allegory of the turkey who came to rely on the certainty of the farmer feeding him every day until his last is apt.

Ongoing surveys of SMSF clients by investment platform Self Wealth show how tightly retirees cling to certain Australian companies as they seek income. Specifically, the companies with the largest market caps and overwhelmingly the large-cap dividend payers.

Nine out of the top ten holdings in SMSFs are companies in the ASX top 10. Not diversified ETFs or managed funds that represent whole indices, countries or continents. A handful of companies in one country – the big four banks and Telstra always a feature.

It would be unfortunate if after one of those companies cut its dividend, the other four were subject to a royal commission that drilled down into some of their not so salubrious revenue streams.  As unlikely as that seemed mid last year, it’s just happened.

What does that mean? Uncertainty! Yet the right type of uncertainty provides rewards. Take the S&P 500 over the past decade. Zoom in at the daily or monthly and it looks horrific for someone looking for certainty. Stand back and the view improves. Combine it with various other indices and asset classes and the volatility becomes less pronounced. 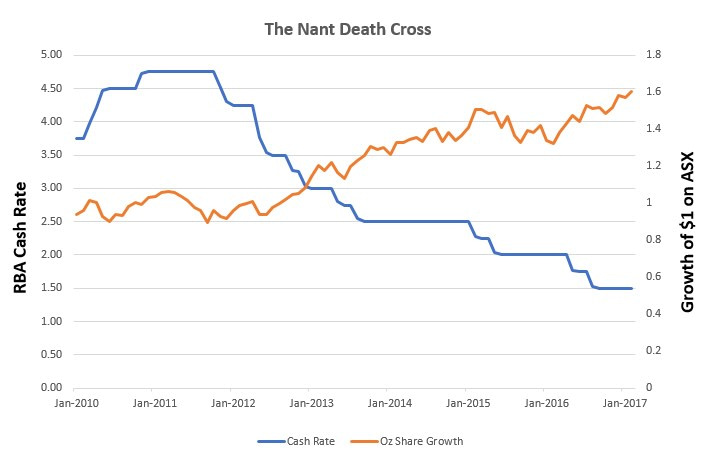 The more a portfolio is concentrated on fewer assets to exploit specific advantages, the more likely a change in economic or business conditions, legislation or just technological advancements will torpedo a part of that portfolio.

The antidote is diversification and not automatically sacrificing growth for income because of retirement. A retirement could be 30 days, or it could be 30 years. The biggest risk over 30 years will be running out of money. DIYers doggedly concentrating into dividend payers based on expectations of certainty can’t complain when things turn against them.

The next time you see a retired couple on the news lamenting their fortune in the face of legislative or investment change, odds are they’ve taken the DIY route and based a multi-decade retirement on a few concentrated assumptions.

The certainty? Professional advice would have helped.

This represents general information only. Before making any financial or investment decisions, we recommend you consult a financial planner to take into account your personal investment objectives, financial situation, and individual needs