The Monopoly on Uncertainty

Billy Joel was pretty big in the 1970’s and 1980’s, and he might be still pretty big in your life – if you’re a Billy Joel fan. Fan or not, if you’re old enough, you’d likely recall one of his biggest hits from the late 80’s, entitled We Didn’t Start the Fire. It’s quite unforgettable because for most of the song Joel is rapid-fire singing 40 years of history, by way of just listing events from 1949 to 1989. 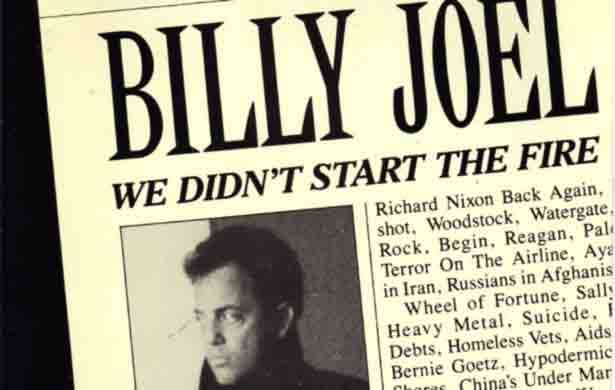 The story behind Joel writing the song is interesting, basically because it highlights how people think what’s happening right at this very moment is much more unprecedented, downcast and uncertain than any other time in history.

Joel found himself talking to a young man in a recording studio, “It’s a terrible time to be 21!” the young man said.

“Yeah, I remember when I was 21 – I thought it was an awful time and we had Vietnam, and y’know, drug problems, and civil rights problems and everything seemed to be awful,” Joel replied.

“Wait a minute, didn’t you hear of the Korean War or the Suez Canal Crisis?” Joel fired back.

No matter where we look there is someone willing to tell us there’s uncertainty ahead and this time right now is the most crucial and decisive in history. Of course, they hint they have the answer on how to navigate the uncertainty that awaits us and that’s why we should listen to their particular insights.

Speculative investment and economic fiction is a lucrative business for people who are regularly talking up uncertainty or potential disaster, as James Montier says in his book, The Little Book of Behavioral Investing:

“Rather than managing money, the perma-bear crowd is typically inhabited by writers of market letters, investment strategists and economists turned strategists, all of whom have no skin in the game. They also make a hell of a lot of speeches during downturns for a helluva lot of money and often write editorials in the Financial Times, New York Times and Wall Street Journal.”

So, in the US there’s some good money to be made as a bloativator on uncertainty. Which is strange because when you look at US market returns on a monthly basis since 1970 you notice something. 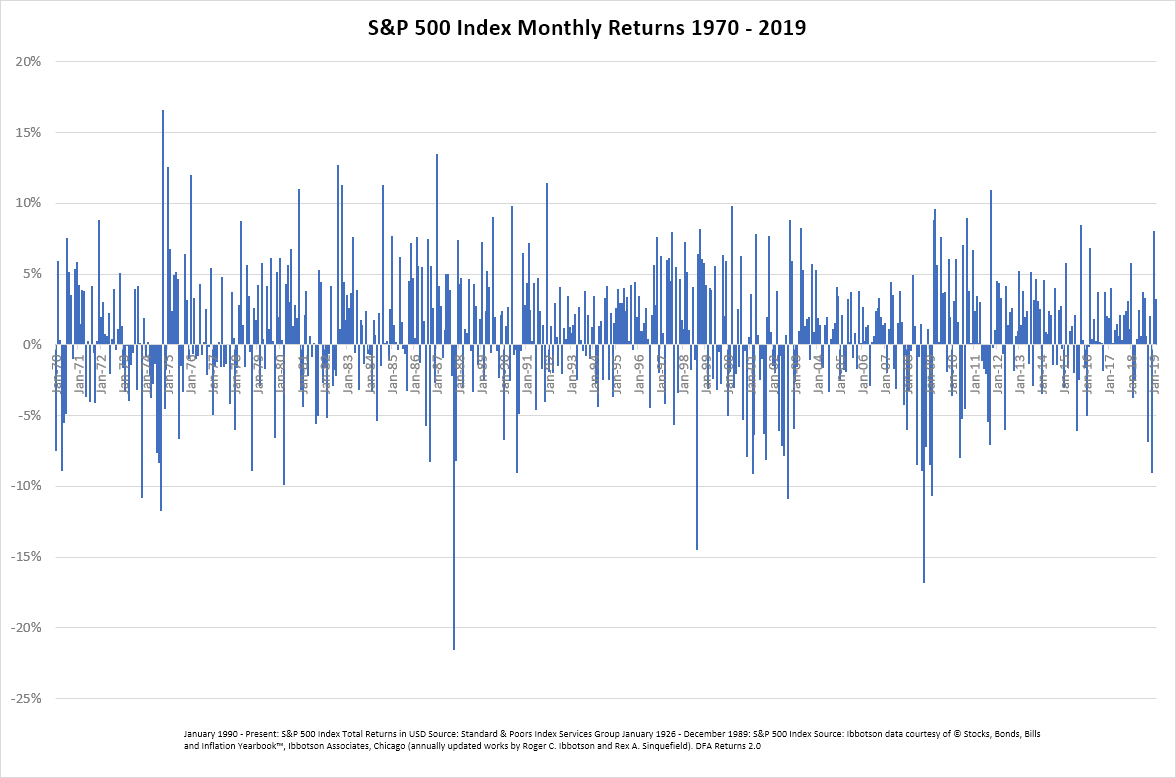 Which you’d have to agree is some consistency to the upside in the face of ongoing uncertainty.

And what is uncertainty? It’s just the future. You can’t see the future, so by definition it is uncertain! But using the US market as a proxy, historically things have turned out alright more often than they haven’t.

With this in mind you’d think there would be a lot more focus on the potential upside to the future as opposed to the downside, but we react differently to positive, neutral and negative stimuli, as shown by a 1998 study on negative information’s effect on the brain by John Cacioppo.

Cacioppo recorded electrical activity in the brain’s cerebral cortex that reflects the magnitude of information processing taking place. Whenever the stimuli was negative the brain reacted with greater surge in electrical neural activity, showing how our attitudes are more influenced by bad news than good or neutral news.

From an evolutionary standpoint, our survival depended on this negativity bias. It was a way for our ancestors to be cautious of all environmental dangers around us.

10,000 years ago, it was absolutely appropriate to be a drama queen – a wrong move and you might be a predator’s lunch! Today our minds haven’t adapted to the significantly less threatening environment we exist in. Meaning we’re prone to react to the suggestion of uncertainty that politicians, the media, economists and forecasters serve up to us in an effort to grab our attention.

It may mean we lean to the negative, but nothing occurring at the moment is more or less uncertain than any other period in history. Have a listen to Billy to explain what’s behind us.

Subsequently, there have been multiple Gulf Wars, the Latin American currency crisis, the Asian financial crisis and Y2K in the 1990’s, the dotcom bubble, 9/11, two more US recessions (one that ripped around the globe) and corporate accounting scandals of the 2000’s. This isn’t counting tsunamis, earthquakes and nuclear meltdowns and various other civil wars.

In fact, right now we’re doing pretty well. There’s no major war. Markets aren’t particularly volatile, and the global economy seems to be moving along, not amazingly, but not terribly either. Despite all the turmoil Billy Joel jammed into his song, markets advanced and long-term investors made money.

That much is certain.