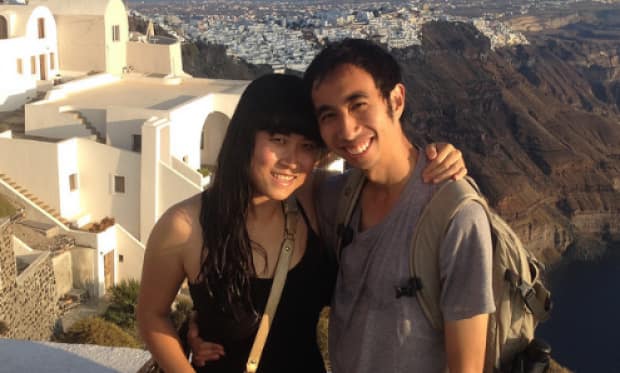 In 2006 they left university with degrees in computer engineering. They didn’t have a cent to their names and by 2015 they retired as millionaires at 31 & 33 respectively. Their story is a remarkable one because it didn’t come by winning the lotto, a get rich quick scheme, an inheritance, or any other windfall that might have pumped their net worth overnight.

It Was all Saving & Investing

Starting with a combined after tax income of $120k they put away between 50-60% of their income for two years. This was no small thing, living in one of Canada’s most expensive cities, Toronto, but without a car and ratcheting down expenses, they walked into the offices of a bank financial adviser in early 2008 with over $100,000.

Their assumption was the bank adviser would be able to guide them on what to do with their growing pile of money. Wrong! After their first meeting they scrutinised the details of the bank owned managed funds they were being pushed.

Digging into the prospectus they found the bank’s funds had 2% fees attached and were all historically trailing their specific benchmarks by almost 3%. On top of that, the bank adviser was charging an additional 1% for putting investors into these poorly performing funds.

So they did some research on investing and went it alone. They found some low cost Exchange Traded Funds (ETFs) and balanced their portfolio 60% equity, 40% fixed interest and split the equity part equally between the US, Canadian and international funds.

One of the remarkable parts of this story is what happened next – the global financial crisis.

After piling their money into the ETFs and enjoying some gains, the world suddenly looked like it was about to end. It took one trading session to wipe out all their profit, not long after they were seriously in the red and by the end of 2008 they were down 30%.

Despite their instincts (and stress levels) telling them otherwise, they continued to follow what research told them and rebalanced their portfolio. The sold off some fixed interest and put those funds, along with additional savings, into the equity side of their portfolio, bringing it back to 60%.

When the recovery happened they were rewarded handsomely, their portfolio raced higher in 2009, erasing all losses. At the end of that year they exited the markets, not because they thought they’d had a lucky escape, but because they intended to get married and buy a house. They exited with around $280,000, what they thought would be a good deposit. While the wedding went smoothly, the house hunting turned sour.

As they attended inspections, they realised they lived in a city where $750,000 houses looked like this and that’s not bad photography, it’s a weary house taking a lean to the right. 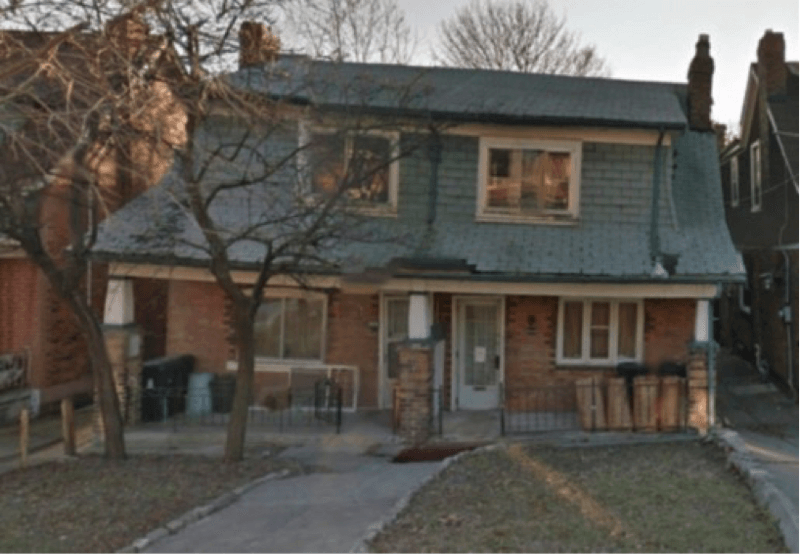 Unfortunately, financial markets were quite rewarding over the next two years, meaning the couple missed some serious gains, but they continued to save while cutting spending down from $50,000 to $40,000 a year. They also scored promotions and did overtime, by 2012 they had a combined income of $167,000 after tax.

However, several things were grinding on them – every house they inspected resembled a horror movie set, any purchase would have swallowed all their savings while sending them into serious debt. Not to mention they’d begun to hate their jobs. Kristy was working in the back office of a large bank and while the bank was making billion dollar profits, she was watching co-workers being laid off with their jobs being offshored. It was becoming a stressful environment she’d lost her enthusiasm for. They also noticed other co-workers were feeling trapped by the large mortgages they’d taken on to buy those weary looking houses.

They now had just over $500,000 saved, given they’d pushed their spending down to $40,000 a year, they started wondered about early retirement.

The Value of Advice

With $500,000 the couple weren’t sure on a strategy to aim for retirement. They felt comfortable investing, but their previous investment foray was more focused on growth. Now they were aiming for retirement, they need to generate income to support themselves. They thought the smart move was loading up on higher yield ETFs. In Canada this meant a concentration in two things – banks and energy companies.

Upon seeing a financial adviser with no institutional affiliation, they were promptly told their smart move was a dumb one, as it would add massive risk to their portfolio. If the oil price took a dive, so would energy shares. Any energy heavy fund would take a price hit along with the distributions paid, as the affected energy companies would likely slash their dividends. That would mean losing a hefty chunk of potential retirement income.

The adviser devised a portfolio focusing on income, but ensured that income wouldn’t be under threat. From 2012 to 2014 the couple continued to save and contribute to their portfolio, while reinvesting the distributions. By late 2014 their portfolio crested above $1 million. While they could now retire, as their portfolio was now pumping out enough cash to live off, they decided to save enough to keep a couple of years living expenses in cash.

They retired in mid-2015 and it was here that the value of their financial advice paid off. In 2014 the oil price started its collapse, falling from over $100 a barrel to a low of $26 in early 2016. While their portfolio position moved from 5% up to 3% down, a bigger fall and income hit was avoided because their adviser constructed their portfolio to ensure it wasn’t overly concentrated on one sector.

After their story hit the news in their native Canada it attracted significant criticism and scepticism, but their story easily stands up to scrutiny when you run the numbers. Contributions and compounding returns quickly add up. Now not everyone has such a fantastic income that they can supercharge their investment account with and retire at 31 & 33. Yet some people do have that income and instead they go deeply into debt to buy a house, don’t save or make poor investment choices.

Kristy & Bryce had the self-discipline, made the right choices and sought the right advice to reach their goal.

You can read more of their story at Millennial Revolution.

PrevPreviousGreat Time for Scams to Flourish
NextGreat Returns, If You Just Forget The CostsNext